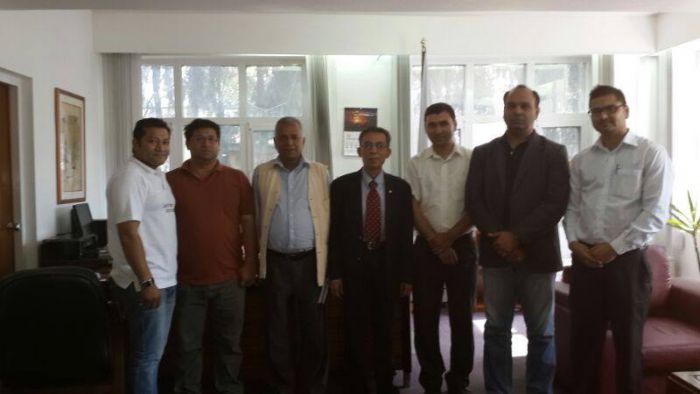 On May 12, 2014 the CANSA Secretariat met with SAARC Delegates in Kathmandu, Nepal. The CANSA Delegation accompanied by former Nepal Environment Minister Ganesh Shah called on SAARC Secretary General Arjun Thapa at his office to discuss the preparations for upcoming SAARC Summit after four years. CANSA offered its support by contributing to agree on a Declaration to strengthen Regional Cooperation in South Asia. The Delegation also suggested to organise a joint Side event during UNFCCC COP in Lima in December, 2014, to communicate SAARC Summit outcomes on Climate Change.

CANSA also seeks support to organise a side event during SAARC Summit to share expectations on regional climate agenda. His Excellency confirmed Kathmandu as the city for Summit, however the exact venue is still to be decided.

More pictures can be found on our Facebook album here.