He is a regular guest speaker and delivers lectures on different aspects of sustainable development to the career civil servants, officers of armed forces, and parliamentarians. He is an acclaimed writer and besides publishing in academic journals also contributes his policy analysis on sustainable development issues both in print and electronic media. He is also editor-in-chief of SDPI peer reviewed journal, “Journal of Development Policy, Research and Practice”. Dr Suleri earned his PhD in food security from University of Greenwich, United Kingdom. 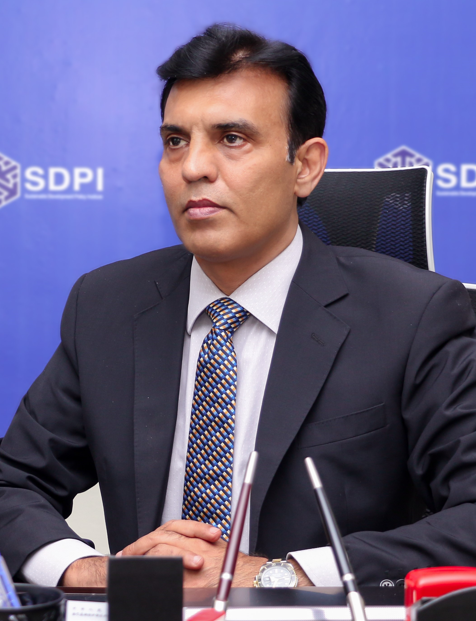 Dilip Sarkar is a member of the CANSA Board since 2017.  He has been working on the issues of environment and sustainable development for 32 years. He is currently the Director of Vikram A. Sarabhai Community Science Centre (VASCSC) and the Director of VIKSAT in India. As Director of VASCSC, he steered several national-level Science outreach programmes including the major flagship project of Govt. of India – ‘Science Express Climate Action Special’- one of the largest outreach campaigns on climate change education. Under his leadership, VASCSC received the ‘National Award for Science & Technology Communication’ from Govt. of India, and the prestigious ‘Times of India Social Impact Award for Education Sector’.

He has also served as the National Coordinator of the GEF UNDP SGP India. As the Director of VIKSAT, he works on sustainable livelihoods, climate change mitigation and adaptation action, watershed management and sustainable agriculture in India. He is an Engineering graduate with postgraduate education in Financial Management, Environment Education and Water & Sanitation. He has been Co-chair of the End Water Poverty (EWP) Steering Committee for two years. He is Chairman of the SSUD organization. He is member of several Boards and Committees contributing to environment conservation and development. He is a member of several national Committees and Boards of organizations working on issues of Climate Change. He can be reached at: dilipsurkar@vascsc.orgFor more details of his work, please visit: www.vascsc.org; www.viksat.org

Farah Kabir has been working with ActionAid Bangladesh as the Country Director since June 2007. Over close to three decades of vast experience in the field of development and research has made her renowned human rights figure at home and abroad with an uncompromising voice against human-rights violation. For her significant contribution in women’s rights movement of Bangladesh, Farah Kabir won the prestigious “Nawab Ali Chowdhury National Award 2012”. She is the Chair of the Global Board of the Global Network of Disaster Risk Reduction (GNDR) since 2015, a Board Member of Climate Action Network South Asia (CANSA) in 2019, a member of Advisory committee of Bangladesh’s NDA to the Green Climate Fund (GCF).

Ms. Kabir worked with British Council for nearly ten years both in Bangladesh and United Kingdom. She is the co-editor of two recent publications namely ‘Discourse Analysis as a Tool for Understanding Gender Identity, Representation and Equality’ and ‘Revealing Gender Inequalities and Perceptions in South Asian Countries through Discourse Analysis’. Zeenat Niazi, vice-president of Development Alternatives Group provides oversight to the policy studies and development action initiatives at the Development Alternatives Group. Her work addresses resilience building in human settlements through Sustainable Consumption and Production (SCP) strategies, especially green and inclusive circular economy models. She is a third time member of the Board of the Climate Action Network South Asia, member of the Multi-stakeholder Advisory Committee (MAC) of the Sustainable Buildings and Construction Programme of UN’s One Planet Network, Member of the C&D Waste Sub-Committee of the NITI Aayog on Construction and Demolition Waste Management in Urban Areas, Strategic Steering Committee member of UNEP PAGE Programme in India and the Steering Committee member of the Green Economy Coalition in India.

She also contributes to the Global Green Growth Platform. She leads the policy studies and partnerships initiatives of the DA Group.  Her programmatic responsibilities include guiding public policy and action research focused on local and national action for sustainable development and climate change. Her management responsibilities include institutional knowledge management and corporate communications systems of the DA Group.

Ayesha Khan is a development economist with over 22 years of experience working in South Asia (including Afghanistan) with multilateral and bilateral development agencies such World Bank, ADB, EU, UNIDO, DFID, RNE, Swiss Government development. She is also an IFC-World Bank certified enterprise development trainer and curriculum development specialist; Ayesha has taught development economics and project management at University level and microfinance at the National Institute of Banking and Finance (NIBAF). Currently, she is Country Director of Hashoo Foundation, a non-profit established by Sadruddin Hashwani that works across Pakistan, serving underprivileged through humanitarian and capacity building approaches. She is also a Board Member of Pakistan Services limited (PSL). Ayesha Khan has a passionate commitment to social inclusiveness through leveraging knowledge and enabling accessibility.

She holds two master’s degrees: MA in International Political Economy from Warwick University, UK and MBA in Project Management and Financial Analysis. She also has a Diploma in Business Development Services from Glasgow University, UK, and another Diploma in Microfinance, from Colorado University, USA. She received Certification in Investment Promotion and Facilitation from ITPO, Bahrain, United Nations Industrial Development Organization UNIDO, 2007 and another in Financial Sector Accountability from the Swiss Agency for Development Cooperation (SDC) in Switzerland, 2005.

Srinivas is an economist by training and is currently the Chief Executive Officer of Vasudha Foundation, a not for profit think tank, CSO, set up him in April 2010 and working in the clean energy, climate policy space.

He was actively involved in conceptualizing and designing the first and only multi stakeholder and source agnostic platform for renewable energy in India, the Indian Renewable Energy Federation. Prior to setting up Vasudha Foundation, Srinivas was the head of the Policy Unit of Greenpeace in India, which he helped set up and prior to that was the head of the climate and energy campaign for Greenpeace in India.

Srinivas has been actively engaged and following the climate negotiations in the capacity of a civil society observer status.

In 1998, he worked as Assistant Forest Research Officer under the Ministry of Agriculture and Forest in Research and Development Center, Bhutan. In 2003, Tenzin was appointed as Forest Research Program Officer and a National Counterpart to the International Project funded by Boku University, Austria and Columbia University, USA.  In May 2008, he successfully completed my PhD degree from the Boku University, Vienna, Austria. In 2010, he was appointed as Program Director by the Royal Government of Bhutan.  The Program Director is the head of the Renewable Natural Resource Research and Development Center (RNR_RDC), based at the Capital Thimphu. The Research Institution has a National Mandate to coordinate Forestry Research in the Country and a Regional Mandate to cater the research and extension needs in Agriculture, Forestry and Livestock in five western and southern Districts of Bhutan.

IN 2015, TENZIN was appointed as Executive Director for Royal Society for Protection of Nature (RSPN), looking after the conservation of flagship species and conservation programs of RSPN. RSPN is the only pioneer Non-Profit environmental organization established in 1987 under the command of His Majesty the Fourth King of Bhutan. It was set up with a core purpose to play a major role in the conservation of Bhutan’s natural environment through education, research and sustainable livelihood opportunities. Member to the National Environmental Commission (NEC) chaired by Prime Minister of Bhutan.

Awarded National Order of Merit (Gold) by His Majesty of King of Bhutan during the National Day of Bhutan in 2016. Awarded “50 most impactful green leadership” (Global Listing) by the Corporate Social Responsibility at Taj Land, Mumbai in February 18, 2017. 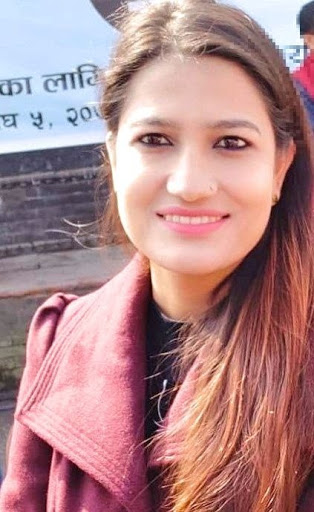 Geeta Pandey has more than 10 years of working experience in the development sector with focus on advocacy, influencing and campaigns, human rights-based approach to development, climate change, gender and inequality issues. Currently, Pandey is associated with Karnali Integrated Rural Development and Research Centre (KIRDARC) as Environment, Climate Change and Advocacy Manager and is also convening different civil society networks and alliances. Geeta had led and facilitated several campaigns and research on climate change issues and had coordinated with policy makers/parliamentarians, civil society leaders and activists and political leadership at all levels in Nepal.

She holds a Master degree in Environmental Science (MSc) from Tribhuwan University, Kathmandu. She regularly writes on climate change, mountain environment, development and inequality related issues. She is also the member of Fight Inequality Alliance and is coordinating the inequality campaigns in Nepal.