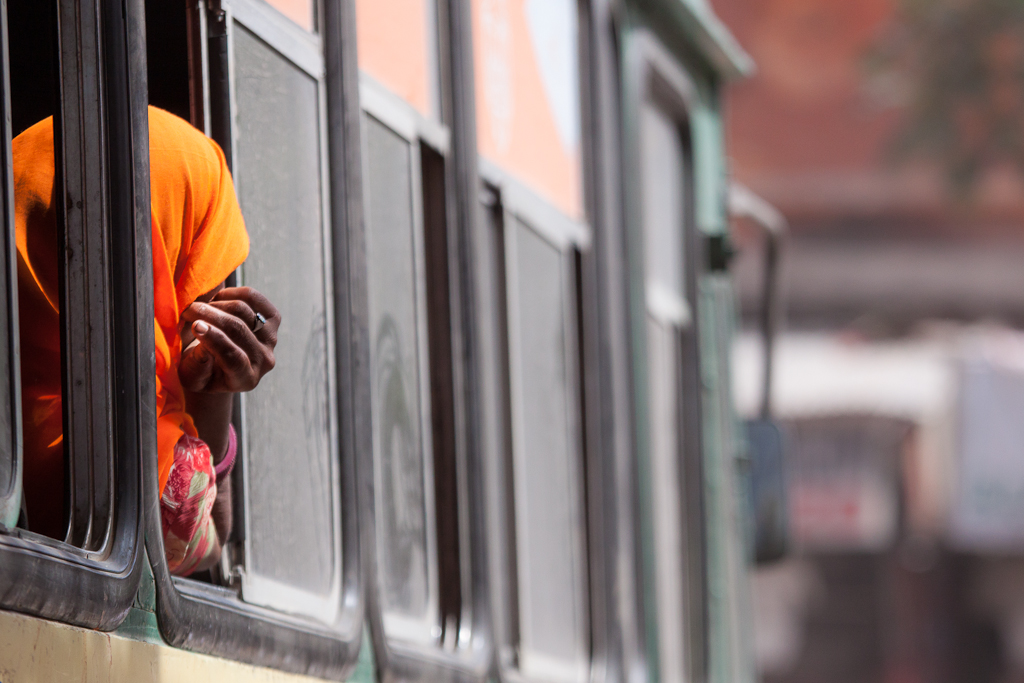 By Santosh Patnaik
In 1971, a cyclone strikes Bagapatia, a village close to Bay of Bengal in Kendrapada district in Odisha. The residents, mostly farmers were caught unaware of its ferocity and intensity. The village was inundated by sea level rise that followed the cyclone. Most of the residents are swept away by the water current and died. Mr. Tejan Mondal saved his life by holding on to a tree branch. For next few days he and few survivors lived on tubers and wild leaves till help reached them. He and other victims lost everything that was important to them – family members, home, temple, land, their savings, land records and most importantly their identity.
Bagapatia village survived as 71 families were rehabilitated in a new area far off from now inundated village. There, they are at the mercy of the state machinery to provide them a decent life – cultivable land, house, school, health facilities, community centre, road and their identity as a citizen of the country. After many demonstrations at the district administration, road blockage and meetings with Member of Legislative Assembly (MLA), a paved road has been laid to the village recently from the nearest town of Rajnagar. A primary school operates in the village which also serves as a community centre. The villagers are yet to receive patta lands from the state government for farming and housing which they can call their own. In other words, their life and livelihood is in shambles.
Bagapatia village and its inhabitants are not alone   Climate induced displacement is recurrent in Odisha where 5 villages out of 7 in Satabhaya (land of 7 brothers) Panchayat are rehabilitated. 200 million people have already been displaced and the phenomenon is occurring in a rapid pace in various corners of the world. The impacts of climate change are quite apparent in South Asia which is experiencing climate induced displacement – internal and cross border (temporary or permanent). Climate change is only one out of many push factors forcing people to leave their homeland. The other factors acting in the region are lack of land access, poverty, conflict, ethnic tension and large power projects. Lack of energy access, demand of seasonal labour, access to better health and education services and kinship in the distant land also drive displacement.
Climate change acts as a push factor which drives people away from their home as their livelihood is affected. The farmers of Chhattisgarh, a state in central India are migrating temporarily to Kerala to work in brick kilns because of drought. It may lead to permanent migration if drought conditions persist diminishing the asset base and coping capacity of poor farmers and agricultural laborers. Subsistence agriculture is being practiced in India by small and marginal farmers. The practice allows the farmers to grow and consume the produce and only the surplus is sold in the market. Thus, loss of productivity due to impacts of climate change renders less for their own consumption and far less for selling to obtain cash to undertake other expenses. Agriculture has become an unviable option for farmers and farm laborers who are forced to migrate when agriculture fails. Migration has serious negative repercussions on women and children. Women are subjected to abuse and trafficking. There are increased instances of women headed households in rural India where men migrate. In the absence of men, women take responsibility of farming and providing care for children and elderly often jeopardising their own health and welfare.
Though controlled and voluntary migration is considered as a positive development, uncontrolled and distress displacement signifies that the local coping mechanisms have failed completely. Climate migration is related to the livelihood of people. Water shortage, loss of food security, loss of biodiversity, forest degradation and disease drives people away and the issue has not been recognised at international level. Legal protection of climate migrants is lacking as they are not recognised in the Convention and Protocol Relating to the Status of Refugees, 1951. Climate migrants do not qualify as refugees as per the convention and thus are not protected.
The narrative need to change for people who have to move as their basic support system fail. Local, national and international institutions need to be informed about the fact that climate migration happens out of desperation and treating the concerns of migrants need to be top priority. It is essential that climate policies across the board have the human face and care for people. The issue of climate induced displacement is people’s concern and international institutions must be responsive about the issue in urgent basis.
A recent research report titled ” Climate Change Knows No Borders” released by three international organisations CAN South Asia, Action Aid and Bread for the World underlines that seriousness of climate induced migration in South Asia. It states that South Asian countries are begining to realise the extent and scale of its impact in the region. Migration patterns in the region is complex and depends on various mutually reinforcing elements. The impacts of migration has never been measured in the region, a gap the national governments must address urgently to asses the impacts and take appropriate actions. Moreover, considering the interconnectedness of ecosystems and climate issues being felt in the region, cross border cooperation is essential. It is the duty of the nation state to provide protection and ensure welfare of its citizens.
Hopefully, climate inflicted migration will be a wake up call for governemnts to take action – Now.
About the Author

He works with CAN South Asia as Project Coordinator.