Multi-stakeholder Initiatives towards a Resilient and Low Carbon South Asia 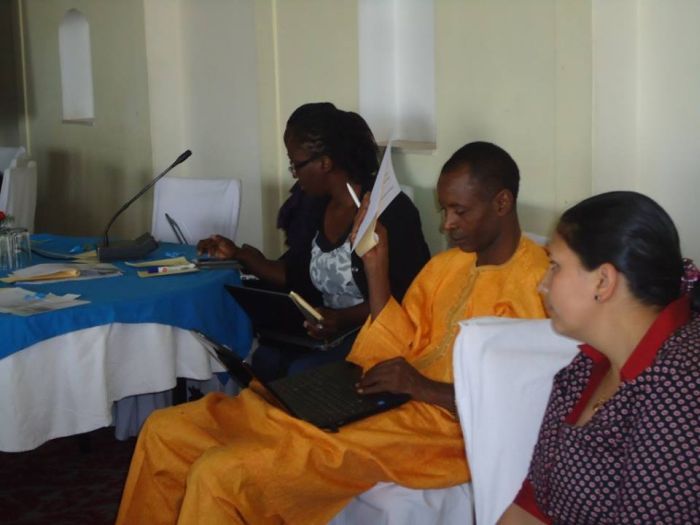 South Asia, one of the most vulnerable regions in the world is constantly grappling to adapt to the adverse effects of climate change. In such vulnerable regions, climate change threatens to affect food security, water security and energy access, all of which are crucial for enhancing lives of the marginalised subject to extreme poverty and sustainable development. In order to boost efforts in dealing with the impacts of climate change while simultaneously driving the vulnerable region towards a path of sustainable economic growth, it is important that South Asian countries work in co-operation with each other through a multi-stakeholder approach. This is important to help the region work in harmony when dealing with similar issues around climate change adaptation and low carbon development.

Dr Huq chairing the session elaborated on climate change vulnerabilities in the region and emphasised on the impacts of human induced natural disasters that affected the region irrespective of national boundaries and socioeconomic status. Moving on to the global positions of the region he emphasised that the region is in different stages of development i.e.- BASIC (Brazil, China, South Africa, India), LMDC (Like Minded Developing Countries) and LDC (Least Developed Countries) Groups and vary in its positions at global negotiations. However, as group of countries the region, it is collectively working on identifying and implementing solutions for both climate change adaptation and low carbon development in the region.

Sanjay Vashist, Director, Climate Action Network South Asia, emphasised on the key highlights from 18th SAARC Summit that concluded in Kathmandu recently, and appreciated the agreements made at the meeting on agendas namely, the SAARC Framework Agreement for Energy Co-operation, regional efforts for food security, intergovernmental process of the Post2015 SDG process.

The panel then discussed initiatives taken by a network of civil societies and youth. Dr Sawhney from Asia Pacific Adaptation Network highlighted the importance of a network in generating, synthesising and disseminating knowledge on climate change, building capacities for increased climate change advocacy and influencing policies through engagement of multi-stakeholder dialogue. Adding to this, Supriya Singh from the Indian Youth Climate Network discussed the role of youth as drivers of change for strengthening positions in climate dialogue.

The event also discussed experiences of global partnership in South Asian region to promote accountability of adaptation finance at the national level. Accountability for adaptation finance from national to local level was discussed as a way forward for ensuring successful implementation of climate change adaptation at national and sub-national level. Vositha Wijenayake, CANSA Policy and Advocacy Co-ordinator, shared the innovative concept of Joint Principles for Adaptation (JPA) currently being implemented in Nepal and Sri Lanka for integrating climate change resilience in participatory and planning processes. These principles for adaptation have been developed to help stakeholders in a country unite their efforts to confront the threats posed by climate change, with a focus on pro-poor and pro-vulnerable policies. Such frameworks for robust adaptation are already influencing Government planning processes in Sri Lanka.