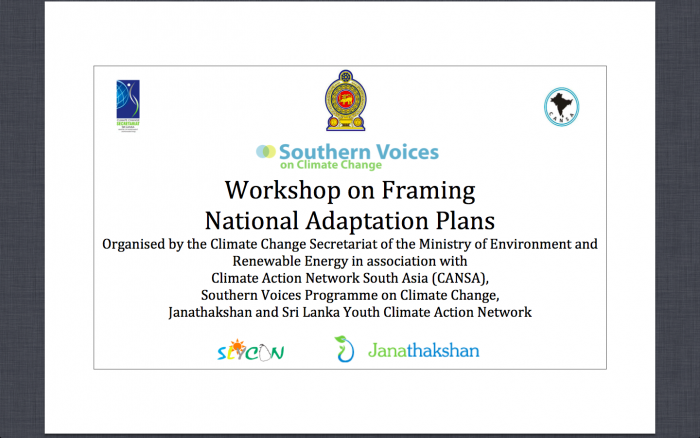 Originally designed for Least Developed Countries to facilitate adaptation planning, the National Adaptation Plans or NAPs was designed with the intention of meeting two objectives, first, to reduce vulnerability to the impacts of climate change, by building adaptive capacity and resilience and second, to facilitate the integration of climate change adaptation, in a coherent manner, into relevant and existing policies, programmes and activities, in particular development planning processes and strategies.

The NAPs Process is also looked at as a procedure that could assist countries in evaluating their vulnerability status, degree of susceptibility to climate change risks and adaptation concerns by the Conference of the Parties (COP) to the UNFCCC. The process is also subject to a few guiding principles, they are:

In Sri Lanka, the process to draft a NAP is being initiated. In order to assist the Climate Change Secretariat of the Ministry of Environment and Renewable Energy Sri Lanka in its framing, a training workshop is being organised for August 20, 2014 at Taj Samudra Colombo. The event is organised in collaboration with Climate Action Network South Asia, Southern Voices Programme on Adaptation, Janathakshan and Sri Lankan Youth Climate Action Network.