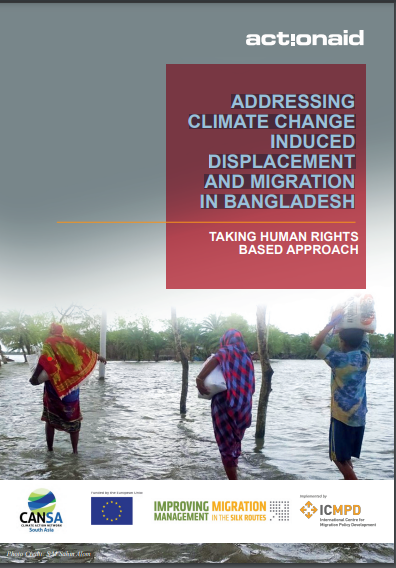 The impacts of climate change are causing a rise in displacement and, migration globally. This has become one of the key development challenges for countries particularly those vulnerable to climate change impacts. A staggering number of people are displaced or forced to migrate for survival due to climatic events such as drought, river erosion, flood, and cyclones. In 2019, 33.4 million new displacements associated with disasters and conflicts were recorded across 145 countries of which 24.9 million were triggered by climate-induced disasters. Bangladesh, one of the most at-risk countries to negative impacts of climate change, has been dealing with climate-induced disasters and associated impacts particularly displacement and migration – for decades. Bangladesh is ranked 7th on the Long-Term Climate Risk Index published by German Watch. With global warming continuing to worsen, Bangladesh will face climate change induced hazards such as floods, cyclones, tidal surges with greater intensity and frequency. Women and children are the most vulnerable to several social challenges during the migration process. As men are commonly the ones who choose to migrate for a livelihood, women are triply burdened with household chores and taking care of their families. This study identified some of the key policy and programme actions that can lead the country to address the challenge taking a human rights perspective.