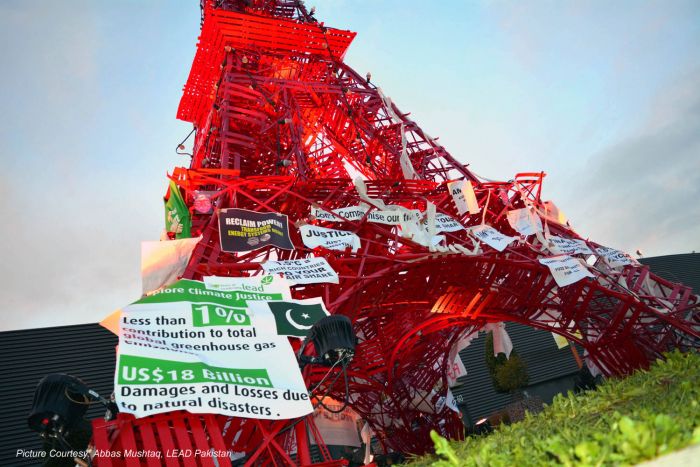 The Paris Agreement created an ambitious mandate for the global community. Does it change the national conversation in Pakistan about action on climate change? If so, how? The Paris agreement has indeed changed both political and technical discourse in Pakistan. Newspaper articles and TV programmes have covered the climate change issue more frequently than previously. The opposition parties, particularly PTI (Pakistan Tehreek-e-Insaf) led by Imran Khan, has frequently questioned the lacklustre performance of the federal and Punjab governments when it comes to the environment.

The federal government is now actively pursuing new policies for the forests, water and energy sectors. Climate change issues are more frequently discussed in Parliament too. In particular, increasing forest cover has become a popular issue and has generated healthy competition. To match the popularity of PTI’s Billion Tree Afforestation Project in Khyber Pakhtunkhwa province, the federal government launched the “Green Pakistan Programme” in March 2016, whereby over 100 million trees are to be planted. Likewise, the planned coal power projects face growing opposition. This conversation revolves around using the latest and most efficient clean coal technologies, while also focusing on options such as renewables, hydropower and nuclear.

Moreover, civil society is asking for more public expenditure on climate and disaster resilience. The government has recently promised to spend Rs177.61 billion (about US$1.67 billion) on different structured and non-structured measures to implement a 10-year flood protection plan to save lives and property. These are positive signals; however, the responses do not follow a coherent policy.

I think, if prepared well, Pakistan’s INDC (Intended Nationally Determined Contribution) can help the government to deliver coordinated actions on climate change. What will it take to get from intended to be implemented? What are the big opportunities and challenges? The INDC submitted by Pakistan was considered the most silent of the INDC submissions, and it had neither quantified mitigation targets nor an adaptation plan. No clear pathways were outlined with regard to the reduction of carbon emissions or building resilience of people or infrastructure.

The government’s excuse for submitting a one-page document was that they had an outdated baseline on which to work. In addition to this reported reason, Pakistan wanted to account for its mega development plans under CPEC (China Pakistan Economic Corridor) before it commits something to the world community. Now there is more clarity to the government on CPEC and the new greenhouse gas emissions inventory is almost complete.

I think this should allow the government to re-package its INDC to be backed up with current data. Pakistan’s INDC has a long way to go to get from intended to implemented. The one-page INDC document submitted by Pakistan does not provide any quantifiable information or clear direction that the country is to take for implementation. The main challenge for Pakistan is to identify and calculate greenhouse gas emissions, peak emissions levels and future projections. This is the first step that must be taken before a clear path can be set for implementation.

Pakistan is among the few countries in the world where courts are taking an active interest in ensuring that the government delivers on climate change. Last year, the Punjab High Court ordered the government to fulfil their duty for both reducing greenhouse gas emissions and also the adaptation from climate change risks. The judicial activism has fast-tracked the implementation of the government action plan to deliver its National Climate Change Policy (2012). Pakistan committed to reduce its emissions after reaching peak levels to the extent possible subject to affordability, provision of international climate finance, transfer of technology and capacity building. This sounds a bit indeterminate. How do you see this evolving?

The commitment to reduce emissions after reaching peak levels is, as mentioned above, not based on concrete data and calculations. This commitment will evolve with efforts to calculate and project peak emissions as the first step. However, Pakistan’s focus on developing and utilising indigenous coal resources to fuel growth that will likely result in an increase in future emissions is a hindrance to the government committing to emissions reductions.

If you check most INDCs from developing countries their emission reduction targets are subject to technology development, international climate finance and capacity building. What would happen if the means of implementation does not flow? Indeed, many developing countries followed targets of a business-as-usual reduction type, with a majority of them having conditional targets.

According to a recent LEAD study, the average of conditional targeting in Asia is around 8%, which means significant investment is needed to flow from developed countries to developing countries. Since Pakistan, so far, hasn’t provided any quantified target, it is difficult to assess what exactly would be the requirement for emission reduction. Moreover, Pakistan has not specified its climate finance and technology requirements, most countries have provided detailed needs. For example, India has a climate finance requirement of US$ 1040 billion, 80% of which is for mitigation.

Overall, Pakistan’s Vison 2025 document is a good starting point and provides some guidance to reduce greenhouse gas emissions particularly in the energy sector which constitute about 51% of the total greenhouse gas emissions. According to our assessments, the government requires about US$ 30 billion to achieve Vision 2025 energy targets through cleaner energy sources.