CANSA on Aviation in UNFCCC Side Event 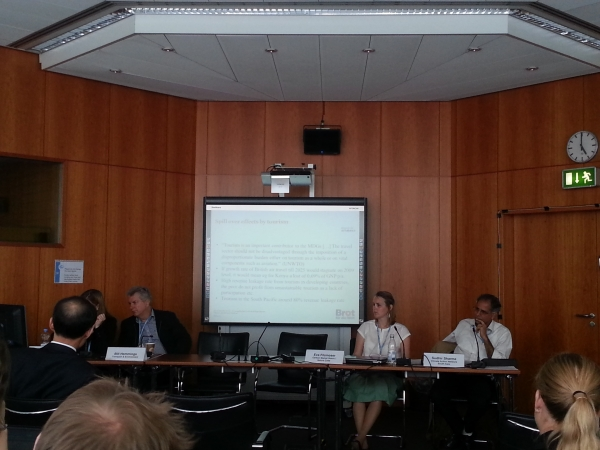 In a side event organized by Bread for the World, on the 7th of June 2013, at the Bonn sessions of UNFCCC, Mr. Sudheer Sharma presented his views on behalf of CAN South Asia.

He said, “No one could be more aware of what climate change impacts could do than those living in South Asia. The region has a collective coast line of 7000km, seven countries which are exposed to that. We have countries like Bhuthan and Nepal sitting in the Himalayas and are impacted by the melting of glaciers.”

He further added that if one wants to address the issue of climate change and aviation,  one needs to get away from the emotional aspect, and look at it with the cold facts and statistics. “This will also help to frame the debate in the right manner,” he added.

Speaking on aid to developing countries, he added that these countries should be provided with technical assistance.

Mr. Sharma also added, “In CANSA in South Asia, we are working ith our governments to see how they can be pushed to engage to do that we need CBDR addressed in a manner that satisfies everyone.”

In responding to a question raised on Kyoto Protocol and the emissions of Annex 1 countries, and as to how he would interpret which emissions countries need to reduce, he responded “It comes under the section of the responsibilities of the developed countries. In SUBSTA there were some options looked at in 1996, by which emissions of aviation could be allocated, it did not go forward because the Kyoto Protocol came forth. It is not about allocating the blame, it is to give an example to frame the debate in a way that it would create an unnecessary push back by countries that is important.”

In concluding he said that “As CANSA we have made it clear that we are for binding commitments for everyone. But there has to be a framework where everyone is equally accountable.  Accountability has to be the same across all.” 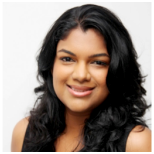 Vositha Wijenayake is the Policy and Advocacy Co-ordinator of CANSA and, Regional Facilitator for Asia for the Southern Voices Programme. She is a lawyer by profession and has an LLM from University College London. She specialises in International Environmental Law and Human Rights Law. She has been tracking the UNFCCC negotiations since 2009 with a legal and gender focus.