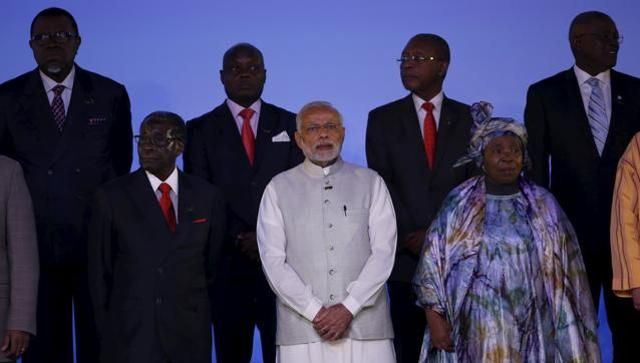 India and African nations decided on Thursday to step up cooperation to fight climate change and terrorism, as Prime Minister Narendra Modi made a strong pitch for partnership in these key areas amid shared concerns about global warming and extremist groups like Boko Haram.

At the third India-Africa summit in Delhi, visiting leaders backed Modi’s call for a “comprehensive” agreement on climate change at a UN conference to be held in Paris, while the PM pointed out that India and Africa contribute very little to global warming.

“It is also true that the excess of a few cannot become the burden of many,” he said, hinting that developing nations were made to pay for the share of developed countries in climate change.

“So, when the world meets in Paris in December, we look to see a comprehensive and concrete outcome that is based on the well established principles in the UN Convention on Climate Change. We will all do our part for it.”

Delegates from about 190 countries are slated to attend the Paris meet with the aim to limit the rise in global temperatures to 2°C above pre-industrial levels and move the world away from fossil fuels.

India has opposed the binding nature of the proposed treaty to be implemented from 2020 and repeatedly said only rich countries are required under a previous UN climate convention to reduce carbon emissions.

“For India, 175 GW of additional renewable energy capacity by 2022 and reduction in emission intensity by 33-35% by 2030 are just two aspects of our efforts,” the Prime Minister said, adding that India was making “enormous efforts” with its “modest resources” to combat climate change.