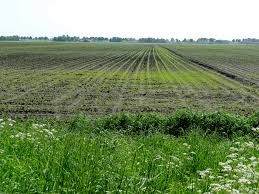 As the leaders from across the world converged in Paris along with CANSA (Climate Action Network South Asia) representatives, SEED Kolkata also conducted several climate mobilisation activities in West Bengal especially in Kolkata and Sundarbans. Keeping in tune with these mobilisation activities, SEED is going to organize a two day’s “Low Carbon Agriculture” training in Sundarban’s Sagar Island for the coastal farmers from 17th to 18th December, 2015.

In West Bengal, the economy is hugely dependent on agriculture and that applies to the coastal areas of Sagar Island, where the major crops are Rice and Betelvine. This agricultural sector is again profusely affected by the climate change. Emission of carbon in the environment plays a major role in the climate change hence any climate change adaptation plan cannot ignore the fact of low carbon emission.

Starting from various agriculture practices to animal husbandry, most of the livelihood activities adds to the carbon in the environment. In India, total annual CO2 emission is 1.97 billion tonnes which is 5.7% of the total global emissions. The per capita CO2 emission in our country is now 1.6 tonnes.

Hence, we have joined hands with the Agricultural & Food Engineering Department of I.I.T., Kharagpur to organize a training programme on “Low Carbon Agricultrure”. The agriculture scientists of the organization will share their knowledge on “Bio Pest Management”, “Vermi compost preparation” “organic farming” and “Greenhouse Technology for Horticultural Crops”.

SEED aims to enhance the conscience of poor vulnerable people about the effect of global climate change and inform them about the necessity of development of low carbon strategy. The agriculture scientists from IIT Kharagpur will encourage the farmers to adopt practices that reduce/minimize/remove the use of synthetic fertilizers while, at the same time, improving soil carbon content. The farmers will be also informed about reduced tillage, anaerobic composting, using organic fertilizers, mulching, intercropping, multi-cropping, and a lot of techniques specially designed for their climatic zones.