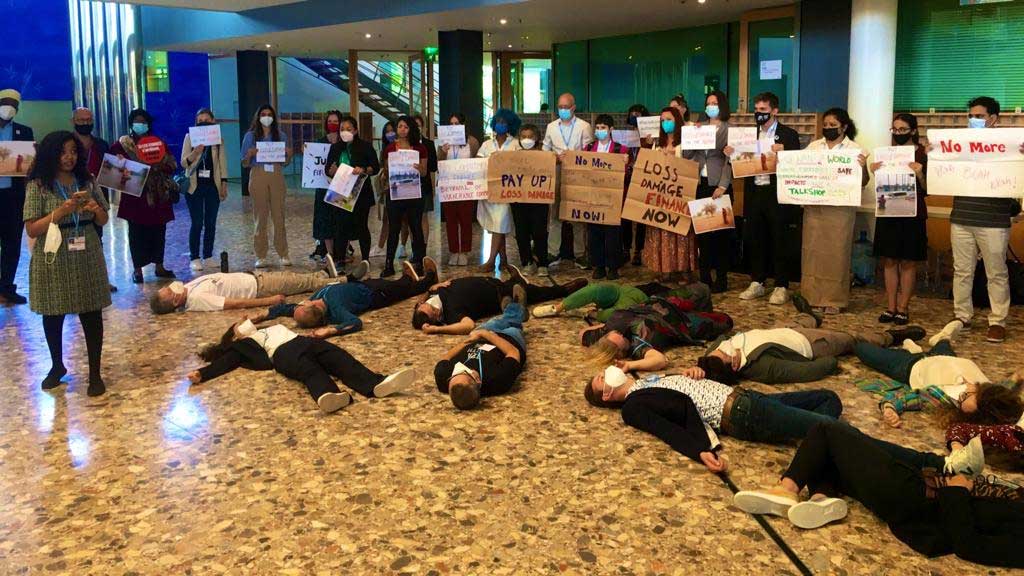 With a global energy crisis, food shortages and war in Ukraine looming in the background, negotiators gathered in the German city of Bonn for a new round of UN climate talks. Developed and developing countries clashed over who should pay for the damage caused by climate change, as well as who should make further cuts to their emissions in the coming decade. Vulnerable countries also fought to raise the issue of adaptation on the agenda, to help them better prepare for rising temperatures. Poor communities in developing countries are already suffering devastation from the impacts of the climate crisis. Therefore, loss and damage are now part of the reality of climate change and must be addressed. This year vulnerable communities worldwide have already experienced the dire impacts of climate change.

In particular, developing countries were left frustrated after uniting around a new finance mechanism for “loss and damage” that was ultimately left off the agenda following pushback by wealthy nations. “Implementation” or getting things done – was a major theme at the Bonn talks. And this is expected to continue at the next big climate summit COP27 in Egypt, where “together for implementation” is the official tagline. Another defining issue of the Bonn talks was the continuing deep divide between developed and developing countries on many climate issues, ranging from loss and damage to how to best tackle rising greenhouse gas emissions. Observers raised concerns that many of the issues most pressing to vulnerable nations were discussed through dialogues or workshops rather than formal negotiations, which are the only forum able to issue decisions.

On my way to the Chamber Hall where the first session of the Glasgow Dialogue was hosted, parties were greeted by a very special welcome committee organised by various civil society groups. I was delighted that the message quickly found an echo in the room.

The message was simple,

Participants were trying to ensure progress is made, we need action and we need it now.

They reminded the hall that the Glasgow Dialogue was not their first choice and the only reason they agree to it at COP26, was under the condition that the Dialogue would lead to creation of a Loss and Damage facility at COP27. Outside of negotiating rooms, activists staged frequent protests on the themes of climate justice, loss and damage, and finance – which saw wealthier parties such as the EU, US and Switzerland called out for blocking the demands of poorer nations. During the talks, developing countries tried to raise the likelihood of getting progress on loss and damage finance once more – this time by getting the Glasgow Dialogue on the official agenda for COP27. And, at the talks, activists and developing world representatives repeatedly called for loss and damage to be included on the agenda for COP27.

I also saw presentations of efforts supported by the World Bank, the GCF and CREWS initiative quite interesting, but they primarily focus on minimising loss and damage and leave aside the bulk of loss and damages which deeply infringe human rights. The Bonn Climate Conference once again showed the disconnect between the negotiation rooms and the everyday reality of people suffering from climate induced loss and damage.

Harjeet Singh, a senior advisor and loss and damage expert at Climate Action Network commented: “The EU consistently blocked discussions on finance for loss and damage in Bonn. The last two weeks exposed its hypocritical stance with major countries like Germany sourcing new fossil fuels abroad while denying support to developing countries facing devastation from climate induced superstorms and rising seas. If the EU wants to step up as a climate champion it needs to align with the most vulnerable countries in their fight for justice.”

Under the UN climate process, developed countries have agreed to pledge funds to help developing nations tackle emissions and adapt to changing climate conditions. However, there is currently no financial aid available to specifically deal with loss and damage, explains Harjeet Singh:

“This system, the UNFCCC has money if you want to put up solar panels, it has money if you want to retrofit your home, but it doesn’t have money when people are losing their homes. It’s a clear gap. When we talk about climate action, it’s also about people who are suffering now. Somebody who is drowning, we say: ‘We can’t help you now, but if you survive we may help you prepare for a future disaster.’”

However, the Bonn talks ended without the Glasgow Dialogue being added to the formal negotiating agenda. In addition to the Glasgow Dialogue, Bonn also saw countries discuss the Santiago Network, which aims to “catalyse technical assistance” on loss and damage. This leaves a lot of pressure on the Egyptian presidency going into COP27, as it will have to work hard in the coming months to set out a clear vision for what can be achieved. With loss and damage finance still not added to the formal agenda, but clearly established as a priority issue for developing countries, it is likely to re-emerge during the opening plenary of COP27.