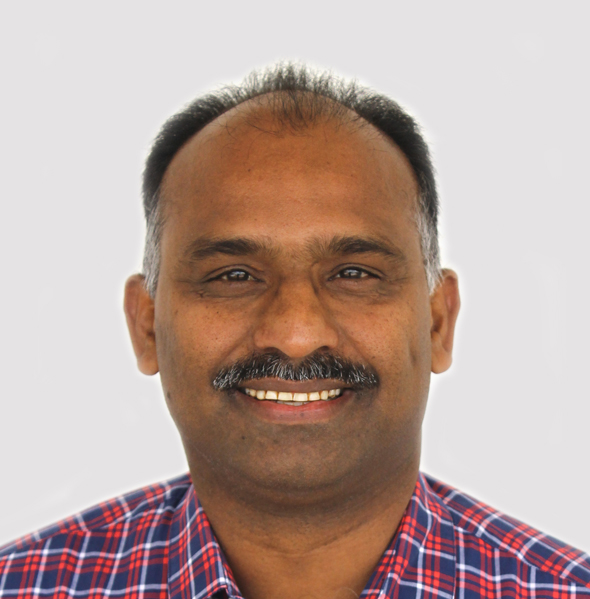 Mr. M. Ramesh Babu is the current Executive Director of EFICOR. Mr.Ramesh joined EFICOR in the year 1996 and has been serving since then in various capacities and responsibilities. He did his Masters in Social Work from Andhra University in 1996. Working in the training Department as ‘Training Assistant”, he looked after the trainees’ residential center and facilitated the sessions. In the year 2002 EFICOR seconded him and his family to work in the Koya Tribal Community where he facilitated community transformation. Coming back to Delhi in 2006, he joined the Programmes Department at the Headquarters as Manager for Direct Projects looking after all Direct Programmes, Disaster Response and Recovery. In the year 2012 he took over as the Director of the Programmes Department and expanded the reach to many interior parts of the country. He’s been part of Board of Directors of various organizations and network bodies.

Equipped with a Masters Degree in Social Work with HR specialization, Mr. Ramesh Babu has 25 years of experience with EFICOR, including 7 years in the leadership role as Director (Programs) along with 16 years of experience in implementing development projects and strategic development. His area of expertise includes Community Mobilization and Capacity Building. As a member of Sphere India Executive Body, he has engaged with National and state level administration. Under his leadership as the Director of Programmes, EFICOR has been awarded for three times over the last 6 years by Project Management India (PMI) for the efficient and dedicated work for the marginalized communities. He has been part of CAN SA since 2008 and has served as NSC member for the last 4 years. He has also attended the UN COP gatherings.