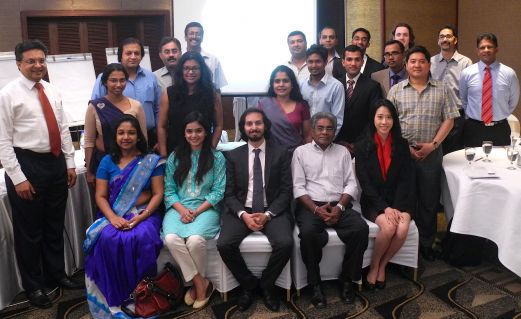 The scientific evidence as articulated in 5th Assessment report by IPCC indicates the mounting stress of climate change on the ecosystem in South Asia and its peoples is unparalleled. Thus, the urgent question to be addressed is how these vulnerable countries would cope-up with the impacts of climate change while keeping up with their development aspirations. Such a scenario calls for integrated cross-sectoral planning for climate-change adaptation which is outlined in the National Adaptation Plan processes laid out in the Cancun Adaptation Framework (CAF) 2010.

Asia-Pacific Adaptation Network (APAN) organized a sub-regional workshop titled“Regional Adaptation Planning in South Asia – Review & Opportunities” on February 24, 2015 in Colombo wherein participants called upon the heads of governments of South Asian developing countries to collaborate and coordinate their efforts on climate change adaptation plans. The workshop saw participation from 20 government and non-governmental delegates who presented and deliberated upon effective evidence-based adaptation planning strategies which are essential for climate-proof development across South Asia.

The presenters acknowledged that climate change knows no borders stressing upon the need for region’s leaders to come together to raise public awareness, share best practices for climate change adaptation and ensure protection of poor vulnerable communities on the basis of equity principles while protecting social, ecological and environmental capital.