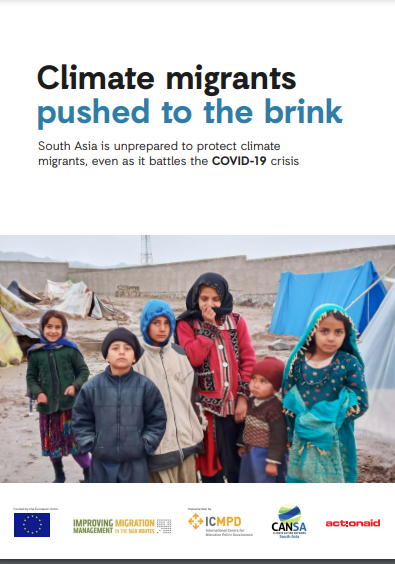 Climate migrants pushed to the brink

The world is facing an unprecedented climate emergency. Climate change is impacting the world’s poor adversely, destroying livelihoods and rendering them homeless. People are being displaced and are being forced to move out of their homes. This is the situation when average temperatures have already increased by 1.1°C in 2019, compared to preindustrial levels. Under a business-as-usual scenario, temperatures are expected to continue to increase, crossing the 2°C threshold. The study finds that people’s livelihoods in South Asia are being devastated by intense flooding, chronic drought, sea-level rise and changing weather patterns. As local coping mechanisms fail, people are forced to migrate to survive and make an alternative living to feed their families. Governments are unprepared to deal with the issue as they have not yet recognised how climate impacts are affecting internal migration trends. As a result, they have not developed appropriate policies to avert, minimise and address the issue.