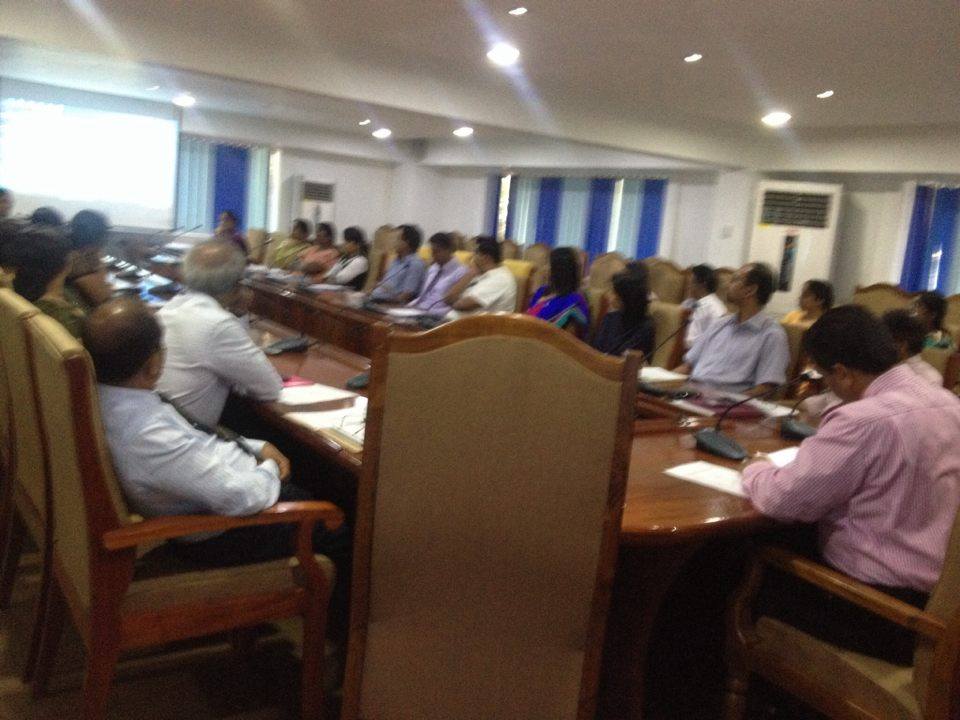 Women, who constitute the majority of the world’s poor, are subject to greater vulnerabilities and risks in the face of climate change impacts, mainly due to gender-based inequalities existing in society. Women are disproportionately affected by climate change due to traditional societal roles, lack of access and control over resources, social status including socio-economic factors such as poverty, livelihood food security and health which affect their capacity to cope and adapt the adverse effects caused by climate change. Moreover, despite being more vulnerable to the risks induced by climate change, the inequalities women face in general are compounded due to the constraints placed on their ability to participate in decision-making processes and contribute meaningfully to climate-related planning, policy-making and implementation, thereby depriving them of a voice in the decision-making processes.

The need to address gender-equality and mainstreaming gender in climate change related activities has been recognised globally with Parties adopting the Lima Work Programme on Gender which aims to advance implementation of existing gender mandates across all areas of the climate negotiations. In line with the global consensus on gender and climate change, the Climate Change Secretariat of the Ministry of Mahaweli Development and Environment, which is the focal point to the UNFCCC, organised a meeting in order to initiate the process of mainstreaming gender into the national planning and policy processes in relation to climate change. Highlighting gender as a cross cutting issue in climate change related processes, several key ministries were involved in the consultation process, including the Ministry of Women and Child Affairs, Ministry of Skills Development and Vocational Training, and Ministry of Rural Economic Affairs.

As the initial meeting organised for the purpose of contextualising gender and climate change in Sri Lanka, the consultation was able to delineate key areas of focus, in terms of identifying existing framework with regard to policy and actions taken under each ministry and the gaps that need to be addressed through the proposed gender action plan. With regard to initiatives taken on the part of the government of Sri Lanka, it was revealed that gender mainstreaming is taken as a key component with Cabinet approval being granted to create gender mainstreaming units in every government ministry to ensure that national planning is gender sensitive, and policies are gender mainstreamed. Therefore, with the already established basis, the consultation focused on how gender sensitive budgeting, adaptation and mitigation strategies could be implemented under each ministry.

Another purpose of the meeting was to provide input to the UNFCCC submission on gender and climate change which required Parties and interested stakeholders to submit their views on formulating a Gender Action Plan (GAP) in order to further strengthen gender-responsive climate policy in all activities concerning adaptation, mitigation and related means of implementation in the areas of finance, technology development and transfer and capacity-building.

Accordingly, the initial consultation was successful in delineating principles which could be used framing the GAP. These included principles which emphasised the need for achieving institutional coherence and financial resources for actions and activities on gender mainstreaming, enhancing quality and availability of sex and gender disaggregated data, ensuring a participatory and inclusive decision–making process which recognizes local and traditional knowledge of women at grassroots levels and ensure their active participation in the implementation of a gender sensitive climate change policy process. Therein, several action areas which need to be addressed through the gender action plan were highlighted, including education and capacity building, monitoring and tracking coherence, data, research and tools, gender balance, means of implementation, and stakeholder engagement.

As a way forward, the future consultations were listed in order to establish a GAP which would facilitate the operation of Sri Lanka’s agenda on climate change related processes. SLYCAN Trust was a contributor to the organising of the preliminary consultation on gender and climate change and providing input to the submission to the UNFCCC.