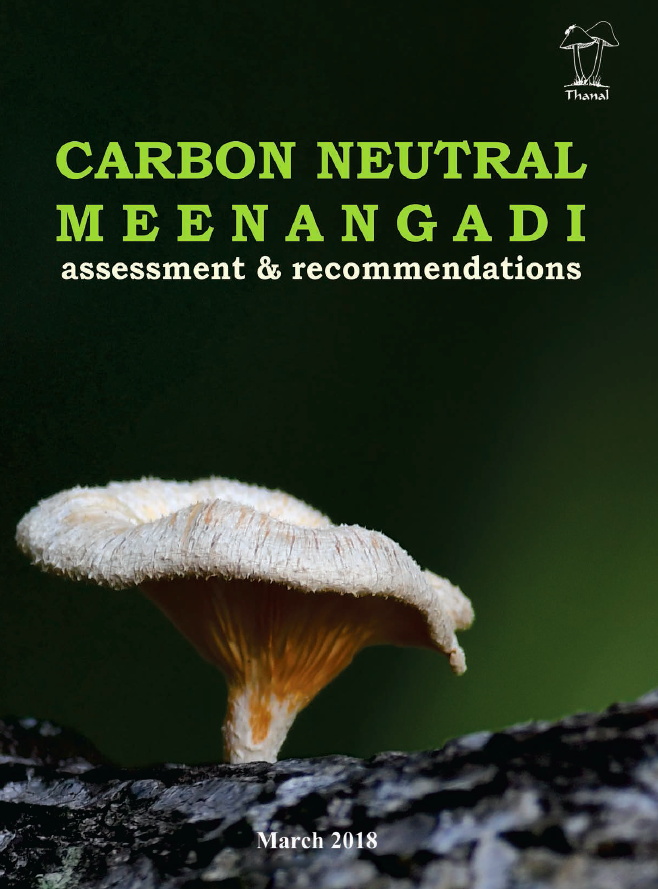 The purpose of this project is to propose sector-wise adaptation and mitigation strategies to develop Meenangadi Panchayat of Wayanad district in Kerala as a ‘Carbon Neutral Panchayat’ by carrying out a carbon emission and sequestration analysis in the sectors of Transportation, Energy, Waste, Livestock and AFOLU (Agriculture, Forests and Other Land Use). The concept of ‘Carbon Neutral Community’ puts forth the notions of zero carbon development and food-energy self-sufficiency at local government level.

Kerala State Action Plan on Climate Change identifies Wayanad as one of the climate change hotspots in the state. Wayanad is primarily an agrarian district with 50% of its geographical area under plantation and other agricultural land use. The district has 97% rural population and most of them are directly dependent on agriculture for their livelihood. A Green House Gas (GHG) emission profile was prepared for the Local self-government considering afore-mentioned sectors for the baseline year 2016-17. Forests, plantations, homestead trees and organic carbon in soil were considered for calculating amount of sequestered carbon in the district panchayat for the same time period. Broad methodology used for calculating GHG emissions as well as sequestration is based on the equation.